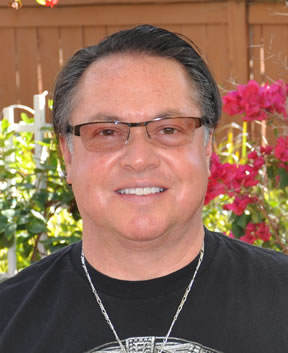 JC Safa was born in Mexico City and moved with his family to Texas at the age of thirteen.

JC has had a long history with the spirits. Both his grandfather and great aunt were mediums and psychics. When he was about eight years old, he had the first of many mediumship experiences which have continued throughout his life.

When visiting his mother in Mexico during high school and college, JC would ask her to take him to the markets where the curanderos sold plant medicines and treated clients with them. He was very interested in learning how to heal people using plants and herbs.

After graduating from college, JC moved to Los Angeles, where he began studying with shamans and participating in different Native American ceremonies. He read many books on shamanism, including Michael Harner's The Way of The Shaman and Cave and Cosmos, which helped to shape his life in whole new ways that were both familiar and exciting. He began his studies with the Foundation for Shamanic Studies, completing the Three Year Program of Advanced Initiations in Shamanism and Shamanic Healing, with Alicia L. Gates, and the Two Week Shamanic Healing Intensive.

"Excellent experience, I am leaving with a great sense of purpose and connection."

"JC is filled with compassion and love and has a humble and loving spirit."

"It was an incredible experience, I learned more than expected."

JC was educated in Catholic schools and graduated from a Jesuit high school in 1982. He received a Bachelor of Business Administration from Southern Methodist University, Dallas, Texas, in 1986.

JC has had an active shamanic healing practice since 2008.